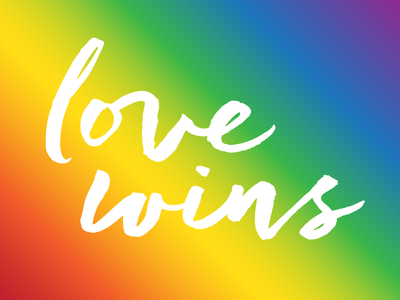 A week ago my city celebrated Pride week with a parade and festival. My husband and kids and I joined the California Endowment in the parade costumed with massive monarch butterfly wings and bright pink shirts bearing the ¡vota!slogan. The kids were welcomed by the parade’s Grand Marshall, Mr. Stuart Milk, and given the honor to sit in his car. They waved and smiled and celebrated throughout the entire ten block procession. They were excited, and proud, and grateful.

We attended the festival, talked to people at booths, won prizes, hugged friends, and as my husband so perfectly articulated to the kids,  we celebrated kindness, for everyone.

No matter the status of documentation, the orientation, the race, the skin color, the ethnicity, the cultural background, the gender identification, the religious belief or lack thereof, the tax bracket, the political party identification, not even how they like their damn eggs cooked — Kindness.For.Every.One.

Thank you, Shonda Rimes, for reminding us of that in a Year of Yes.

This last weekend, my husband and I drove down to Los Angeles to bring our friend in and home from the AIDS LifeCycle ride. She, and 2,400 other incredible human beings, had just spent seven days riding 545 miles from San Francisco to Los Angeles, and in doing so, raised $16.1 million in funds for the HIV and AID services of the Los Angeles LGBT Center and the San Francisco AIDS Foundation.

We were so humbled, so overwhelmed, so inspired by their achievement, that by the end of Saturday night we’d both registered to ride in 2017. I went to bed happy, feeling a renewed sense of faith in humanity and its future, excited to share what we were soon to be up to, and glad to live in this time and place in the world.

And then we woke up on Sunday to the news in Orlando. Sombered, we watched the numbers climb as we listened to the news. Hearts heavy, flooded with confusion. Overwhelmed by the acts of hatred our country continues to foster and witness.

How do I explain to my children that the same country that can celebrate kindness can also tolerate hate?

I don’t have the words to explain it to myself.

Because at the same time I continue to teach them to exist as love, I must also teach them that they’ll have to protect it with a fierce heart and quick mind. I’ll be teaching them to pay attention and protect themselves and others.

I’ll prepare them for the fact that they’ll have to fight a little harder than some to get where they want to go, but not nearly as severely as so many others. How they have access to the world in a way that others do not, even when I’ve been requiring fairness of them their entire lives. I’m tasked to teach them how not everyone’s consequence weighs the same, and how that’s neither fair nor right, nor just, nor acceptable, and it is still very much real.

I’ll cry as I reveal how we have come so far and yet we are still right here.

I have the job of explaining how all media is influenced, everyone has an agenda, and why they ought always be a bit skeptical. I get to explain how people hurt and get hurt, and how innocent people become victims. How fear and pain and the desire for power make people do terrible, terrible things. That darkness doesn’t want light, darkness wants only more darkness.

How love wins, but its definition causes war.

That we are being kind. That hate has lost the battle and gone home to drown itself under the waves of its own misery. That we are celebrating kindness every day and in every way.

I can’t say that, and neither can you.